My name is Simon Larsen and I have started training Naginata 18 years ago in Sydney after seeing the naginata sensei I would later train under doing ishujiai . He performed a huge tsuki against my Kendo sensei and I thought “I have to learn that”. This is why most of the Naginata people know me as an uncouth Australian; I was born in New Zealand and am a dual citizen. Two and half years later Ewa and I decided to wander around the world training with people. It seemed a good excuse to eat and drink other countries specialties.

We arrived in Japan for 3 month and happened to see a video of Baptiste doing Jukendo. Jukendo only does tsuki. I thought “I have to learn that” ! Baptiste helped out with finding us a sensei near Nagoya and we started training.

Terada sensei is hachi dan, hanshi and retired. After our first day of training in his front yard in the rain he apparently decided we were silly enough and we trained with him for a month before leaving for Canada and the Naginata World Championship. We started training with other sensei as well and all of them shared that “Awesome Sensei” personality; dignified, open hearted, respected and most of all funny. You can normally hear the Jukendo dojo from miles away because the kiai is interspersed with everyone laughing.

While in Canada Ewa (I still blame her for this decision) decided she missed Jukendo training and Terada sensei. Instead of going to Brazil and drinking tasty drinks on the beach we returned to Japan.

To stay in Japan we applied for cultural visas. I suspect we received them because I used my New Zealand passport and pretended to be cultured. Our Jukendo training became a bit more serious and has gradually ramped up to the point where between Naginata, Jukendo, Tankendo, Tendo ryu and Shodou we train 30 to 40 hours a week. 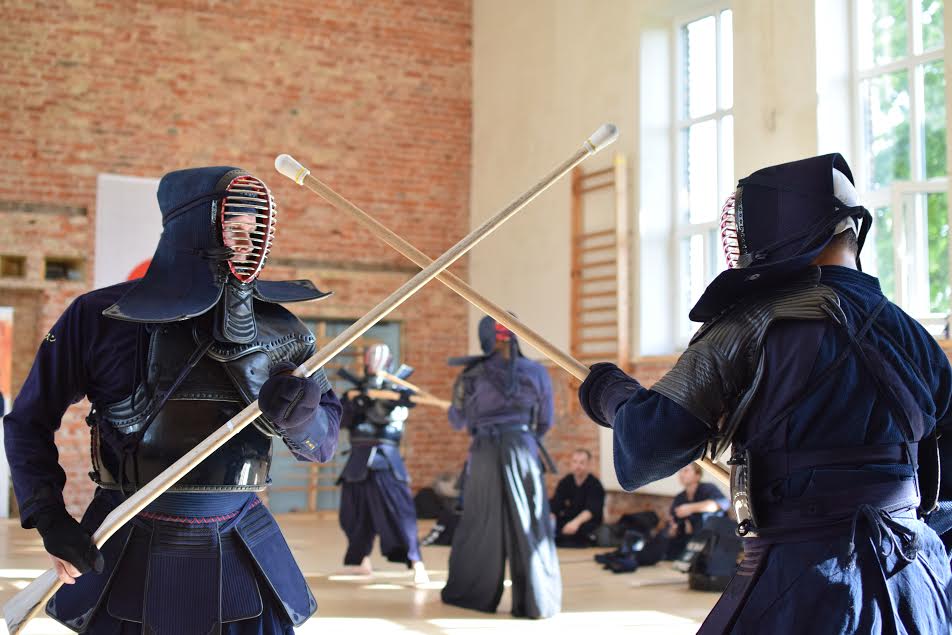 Jukendo appeals to us because the difference between it and Naginata is so pronounced, they are almost the opposite of each other in technique but share the same mindset with slightly different focal points. Naginata has lots of targets, waza and kamae. Jukendo has effectively one target and one kamae. Jukendo makes up for this with lots of different names for the same thing; the basic strike has at least 3 names depending on who says it. Aspects which are crucial in one are often exceptionally handy in the other. For example Jukendo footwork is ridiculously fast and hiki nuki Zanshin is much more heavily emphasised. As I learn these things in Jukendo I can see them slowly fix up bad habits I have in Naginata. Conversely Terada sensei is always surprised at how good all the Naginata people we bring along for training can do shita no harae so well within minutes of picking up a mokuju.

And we bring a lot of people out to the Kasugai dojo, everyone that comes to visit us finds Nagoya has not much in the way of tourist traps and we are at the dojo every day so they may as well come along. I am sure the local 7/11 should give us kickbacks for all the sports drinks we buy.

If you’re coming to Japan remember Nagoya’s tourism slogan; “We have nothing to see but we’re close to lots of places that do!” Then let us know, we have a spare room and Terada sensei loves to prove that being 80 years old doesn’t mean you can’t stab a bunch of foreigners. 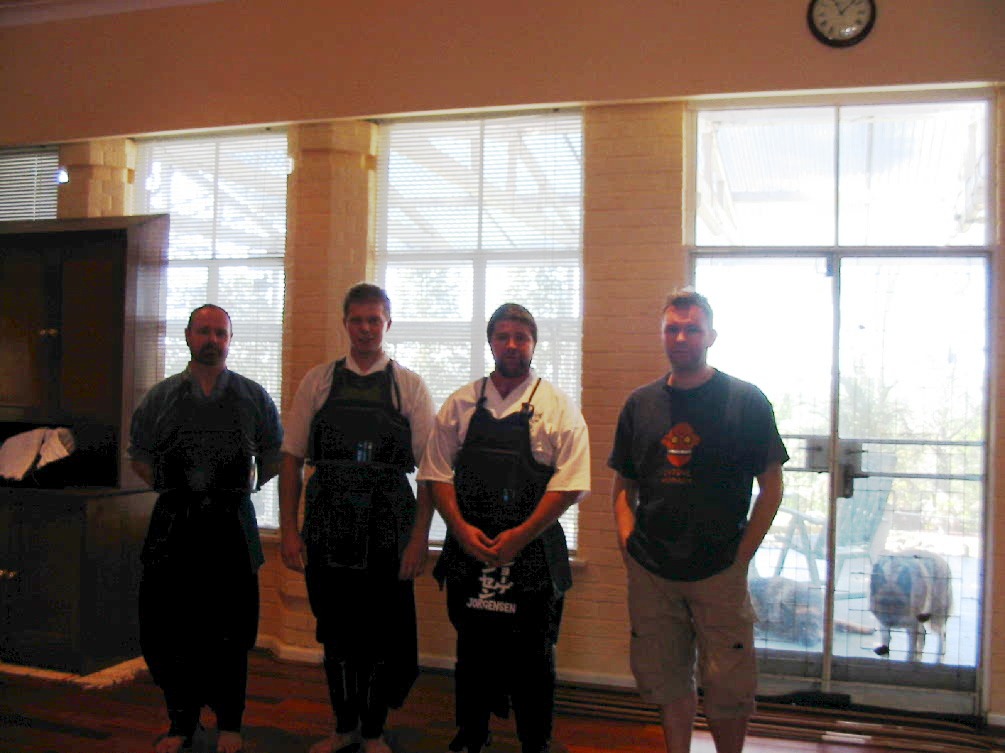